“Dust on crust” was a quote that was heard on way too many occasions this winter.

Every so often Ullr gets lost and ends up on the wrong side of the country.  This year was one of those years, the east was getting dumped on and the west was not.  It was a very tough season with lots of warm weather in the BC mountains and it seemed that more often than not we were seeing unformed snow rather than the normal champagne powder we are known for.   After waiting and waiting and continually hoping that the next storm would bring winter upon us we finally conceded and just simply hoped for sunshine and have the pleasures to see the beautiful terrain we are so fortunate to call our office.

It may not have been an epic snow year but that did mean the stars would a line to allow us into the mother natures deeper corners and ski many lines we rarely have the stability to ski.  We had lots of “challenging” ski days but they would also be met by some truly unique days as well!

This was one of my longest ski seasons I have had which went ’til April 21st.  I finished my season with a morning ski tour up to the peak of Robson Ridge with a great spring corn run back down to the Monashee Chalet.  It was then a quick flight back to the valley where it felt like summer with 22C sunny weather, it was a great way to end the season!

With the winter now behind us, here is a recap of the “challenging” 2015 winter.

Mother Nature finishes off the season with the grand finalé. 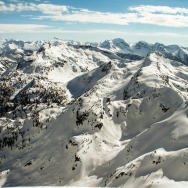 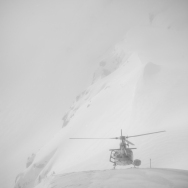 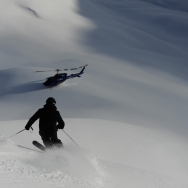 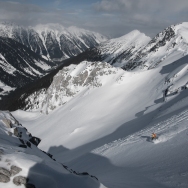 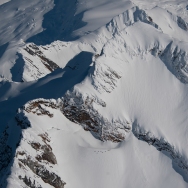 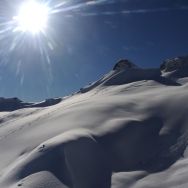 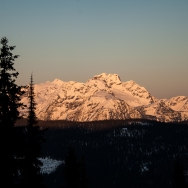 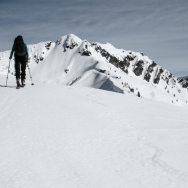 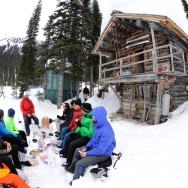 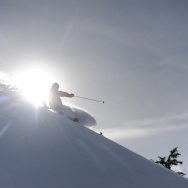 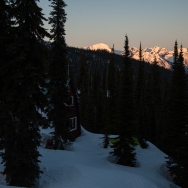 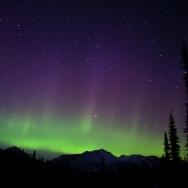 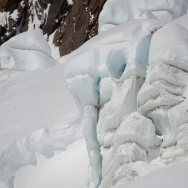 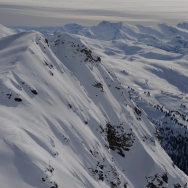 This is the first time I’ve seen Elinor Lake thaw out before I leave in spring.  It meant some cool misty mornings!

Thanks for the great year to all the guides and people that I work with at Wiegele’s, it was a tough one but everyone persevered and made the best of what we had!  Lots of great times as always and can’t wait for next year to bring some powder!
Thanks to everyone else for checking in and having a look at where I’ve been and what I’ve been doing.

I am a photographer based in British Columbia. I am primarily an action sports photographer with experience with mountain biking, mountaineering, rock climbing, skiing and snowboarding. I also have done some wedding photography. My motto is: Your Pictures. Your Story. Whether you want shots of you in action, portraits, landscapes or whatever your story involves, we can make it happen! View all posts by JPics Photography